Lymphoma is a type of blood cancer that affects lymphocytes, the white blood cells that form part of the immune system that helps fight infections.

In lymphoma, either the B lymphocytes (B-cells) or T lymphocytes (T-cells) undergo a harmful change and grow out of control. These abnormal lymphocytes crowd out the healthy cells, affecting the normal functioning of the immune system. 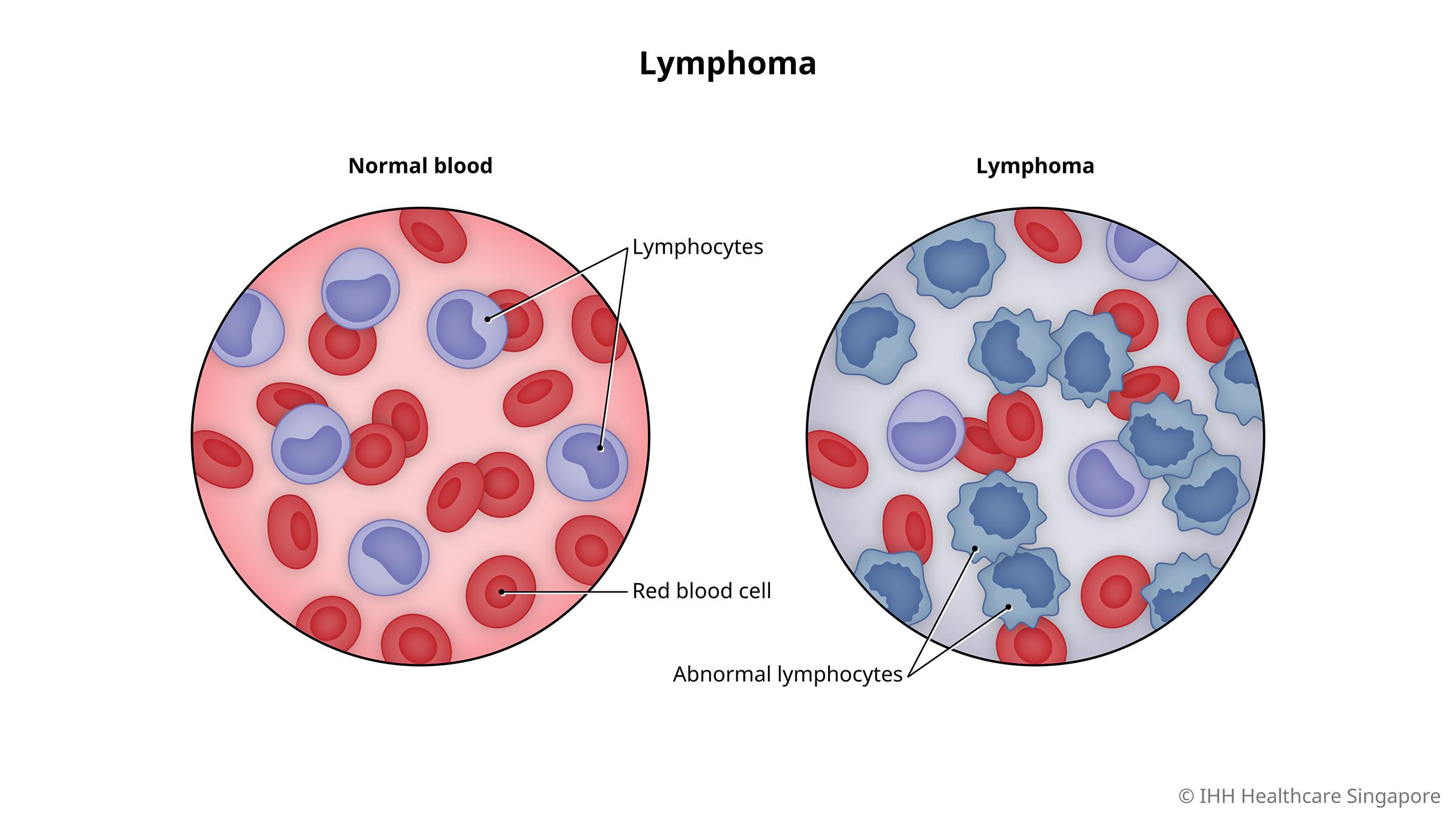 Several types of Hodgkin's lymphoma exist, which may include rarer forms that are difficult to identify. The subtypes of lymphoma include:

This is a heterogeneous group of malignancies of the lymphoid system. The most common non-Hodgkin's lymphoma is the diffuse large B-cell lymphoma.

What are the symptoms of lymphoma?

While the signs and symptoms of lymphoma may not be easily noticeable, some common ones include:

While the exact cause of lymphoma is unknown, some risk factors may increase the chances of developing it.

What are the risk factors for lymphoma?

Risk factors for lymphoma may include:

What are the complications and related diseases of lymphoma?

Lymphoma and its treatments can cause some complications and diseases, including:

Lymphoma can weaken your immune system. With a weak immune system, you are at a higher risk of having infections. To prevent serious complications, talk to your doctor if you experience symptoms of an infection such as fever, headache, muscle pains, diarrhoea, fatigue, and painful blistering rashes.

Lymphoma treatments can increase your risk of developing respiratory complications. For instance, radiotherapy and a chemotherapy drug called bleomycin can lead to scarring of the lungs.

Treatments such as chemotherapy and radiotherapy can cause temporary and permanent infertility. If you still plan to have a baby in the future, ask your doctor about your options. For men, the option can include storing samples of sperm. Women, on the other hand, can opt to store eggs before undergoing lymphoma treatments.