What is lung cancer?

Lung cancer is the abnormal growth of tissues in the lungs.

When a person breathes, air goes down the trachea (windpipe) and into the lungs, where it spreads through tubes called bronchi (air passages). Most lung cancers begin in the cells that line these tubes. 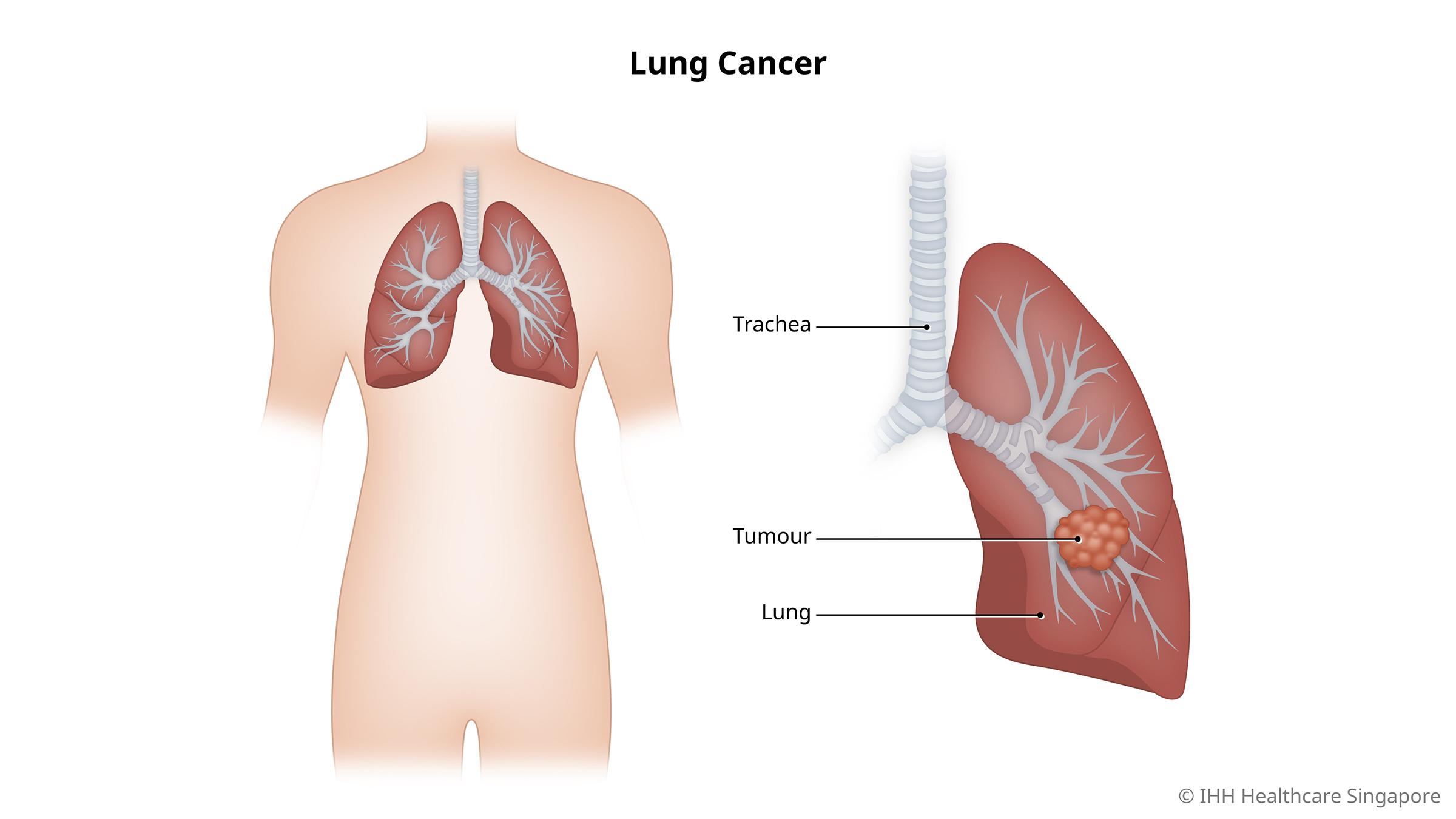 There are 2 main types of lung cancer:

What are the symptoms of lung cancer?

Early stage lung cancer often does not cause symptoms. As the cancer grows, the following symptoms may appear:

As these symptoms may also be related to other health problems, it is best to consult a doctor if you experience these symptoms to confirm your diagnosis.

The main cause of lung cancer is tobacco smoke from cigarettes, pipes or cigars.

What are the risk factors of lung cancer?

You may be at risk for lung cancer if you: