Overview What to Expect Our Expertise & Doctors FAQ

Brachytherapy, also known as internal radiation, is a type of cancer treatment. It involves implanting a small radioactive pellet or seed inside the body near the tumour. This implant allows higher doses of radiation to be given to specific areas of the body and may cause fewer side effects than conventional external beam radiation therapy.

Brachytherapy implants may be placed inside a body cavity, such as the vagina, or inserted into the tissues using hollow needles. They may be left permanently or removed after some time.

Compared to external beam radiotherapy, there is less damage to healthy tissues as the radiation source is placed in or near the tumour.

Brachytherapy is only suitable for small and accessible tumours such as cervical cancer, which is accessible through the vagina. In addition, you may need to undergo local anaesthetic or general anaesthesia.

For permanent seed implants like prostate cancer implants, you will give off low amounts of radiation and will need to avoid contact with vulnerable people for about 2 months.

In general, there are 3 types of brachytherapy implants:

Why do you need brachytherapy?

Brachytherapy is used to treat cancers, such as:

Brachytherapy is a preferred treatment for:

What are the risks and complications of brachytherapy?

How do you prepare for brachytherapy?

Before the procedure, you may need to undergo some scans and tests. This may include scans such as magnetic resonance imaging (MRI) or computed tomography (CT).

You will also be advised on how to prepare. You may need to:

Note: If you are taking any medication or herbal supplements, you should inform your doctor. You may need to adjust or stop taking some medication before the procedure (e.g. blood thinners like aspirin).

What can you expect in brachytherapy?

Your procedure will vary based on your type of brachytherapy, the form of your cancer and your overall health condition.

In general, your doctor may give you a local anaesthetic or general anaesthesia. A small thin tube called a catheter or an applicator device will be used to place the radioactive implant inside your body. It may be placed inside the tumour or near it. Your doctor will use imaging tests to guide the placement of the implant.

Once the implant is placed, it will be left for a specified time, before it is removed. You will be monitored throughout the treatment session, which can last for up to 20 minutes.

After the implant is removed, you can return home. You will not give off radiation or be radioactive once the radioactive material is removed from your body.

Once the implant is placed, it will be left for several hours to several days. You will need to stay in the hospital while the radiation is in place. During this time, visitors are not encouraged.

After the specified treatment time, the radioactive material will be removed. Once treatment is complete, you are free to have visitors without restrictions.

Some cancers, such as prostate cancer, require a permanent implant. Once the implant is placed, the treatment area will be mildly radioactive, but the levels will diminish with time.

In the initial phase of treatment, you may be required to limit the length and frequency of visits. 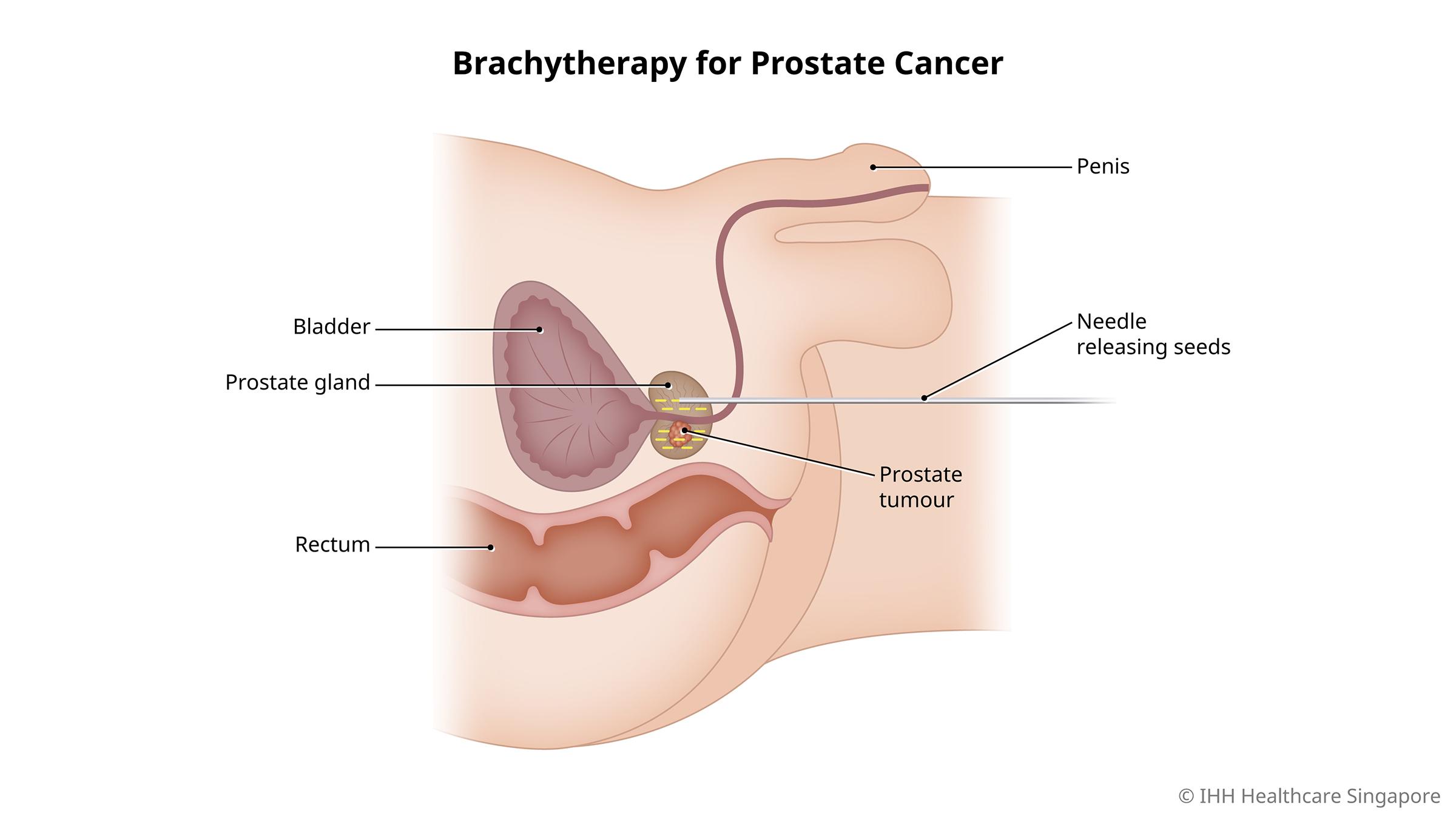 Care and recovery after brachytherapy

Most people can return to normal activities a day or two after brachytherapy treatment. As there may be some fatigue, you are advised to take it slow and ensure that you have enough rest until you feel fully recovered.

Your care team will give specific advice on what to do for your recovery. Depending on the type and location of your brachytherapy treatment, the team may share additional precautions or advice. For example, if you underwent vaginal brachytherapy, you should drink enough water to reduce the risk of a bladder infection.

If you have a permanent implant, your care team may recommend avoiding sexual activity for about 2 weeks, and to use a condom for several weeks thereafter. You may also need to avoid contact with high-risk groups (children and pregnant women) for a short time.

When to call a doctor

Seek medical help if you:

The skilled team of oncological specialists and staff at Mount Elizabeth Hospitals are committed to delivering excellent cancer care.

Based in cosmopolitan Singapore, we are supported by a multidisciplinary team and modern technology and facilities. Together, we offer comprehensive cancer care with a focus on your quality of life.

Our radiation oncologists at Mount Elizabeth Hospitals employ modern advances in cancer treatments to offer expert care that focuses on quality of life and optimal outcomes.

Cancel
Male
Female
No results found for this filter
{previous}
{next}
This page has been reviewed by our medical content reviewers.